To Love Somebody The Way He Loves You 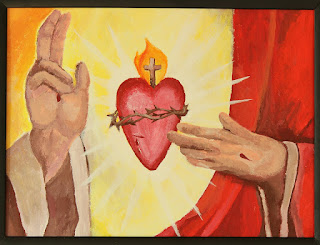 There's a light A certain kind of light That never shone on me I want my life to be  Lived with you Lived with you There's a way everybody say To do each and every little thing But what does it bring If I ain't got you,  Ain't got you? You don't know what it's like, baby You don't know what it's like To love somebody To love somebody The way I love you (Bee Gees - 1967)  Last week I was watching America's Got Talent. Actually, I wasn't really watching it. I just had the TV on while I was working on my computer. I did happen to catch the very last act though. Hego t the golden buzzer from Simon Cowell.  The name of the performer was Michael Ketterer and the song he sang was "To Love Somebody". He dedicated his performance to his children. "To Love Somebody" is a song written by Barry and Robin Gibb of the Bee Gees. Supposedly they wrote it for Otis Redding but he died before he
4 comments
Read more

I'm Just a Blogger in the On the Rock Band

May 30, 2018
My title is a jeu de mots on the song "I'm Just a Singer in a Rock and Roll Band" by the Moody Blues . Actually I found jeu de mots in the thesaurus as a synonym for word play or pun. I have, in fact, read a thesaurus for entertainment a time or two. I like word play, by the way, in case you hadn't noticed. Which is why I often play with song lyrics and song titles. I've considered a few times not using that as a mechanism for my blogs. Partly because people younger than me aren't even going to get the references. I have also wondered if people would just get tired of that schtick. Then a song association comes along and I can't help myself. I've got words in my head so I say them. On the Rock is, of course, for built on the rock. I could have stuck with the word singer, instead of blogger, but although I've got the music in me, I can't really carry a tune. I am a blogger and my medium is words. Then again,  I believe we all have a song to sin
2 comments
Read more

Put a Little Love in Your Heart

"First let a little love find entrance into their hearts, and the rest will follow." St. Philip Neri Saturday was the feast day of St. Philip Neri. Someone sent a meme on Facebook with the above quote. Of course, me being me, one of the things I thought of was the song "Put a Little Love in Your Heart", sung by Jackie DeShannon in 1969. Jackie DeShannon also sang the song "What the World Need Now (is Love Sweet Love) in 1965. There may be some who feel that the whole problem in the Church today is the sappy idea of love carried over from the 60's and 70's and reflected in such songs as these two. To a certain extent they may be right. The love of God is not about sappy sentimentality. It is not all about the feels. Even so, I'm going to go with it. It can't hurt to put a little love, sweet love in our hearts. St. Philip Neri seemed to think that it was a good place to start. We have come to know and to believe in the love God
Post a Comment
Read more
More posts